Social justice in the spotlight during UCLA Undergraduate Research Week

n examination of how a museum exhibition that told the stories of HIV-positive people around the world through photographs they took of their daily lives affected people’s attitudes about HIV. An assessment of the effectiveness of a Los Angeles-area non-profit as it tries to empower Black and Latina girls to enact social change through research, training and community mobilization.

They were just two topics that UCLA students presented at Undergraduate Research Week, the largest undergraduate conference on campus. The conference was held virtually for the second consecutive year at the end of May. The event is produced by the undergraduate research centers in collaboration with UCLA Library, the division of undergraduate education and alumni affairs, and this year featured nearly 800 students who presented research posters, gave prerecorded talks about their projects, and participated in live presentation sessions.

The studies of the impact of the Fowler Museum at UCLA’s presentation of “Through Positive Eyes” and the Social Justice Learning Institute’s efforts in Inglewood were part of a new showcase for community-engaged and social justice research this year. Thirty-eight students presented their original research projects in live and prerecorded presentations as part of the community engagement and social justice showcase.

“Many UCLA students’ research projects focus on social justice,” Arnold said, “and we wanted to highlight student projects and voices that identify and research social inequities and also propose ideas for change.”

In community-engaged research, students work with partners from local community organizations such as nonprofits to conduct research that will be helpful to the organization and the people they serve. 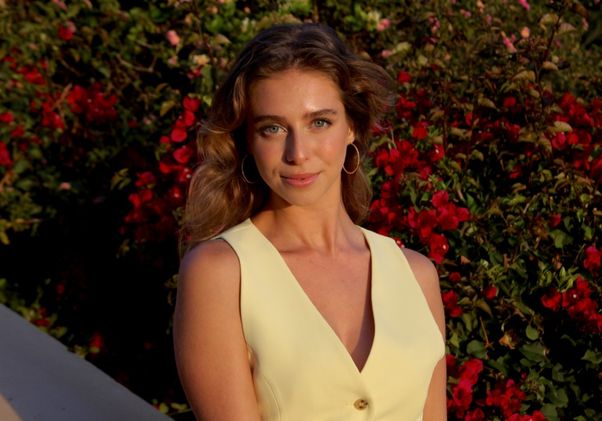 Senior world arts and cultures and political science major Karina Zysman worked with the UCLA Art and Global Health Center to research “Through Positive Eyes.” The exhibit ran from August 2019 through February 2020 with the intention of destigmatizing HIV and AIDS by providing a humanizing look at people living with the disease.

Zysman studied the comments people wrote down after viewing the exhibit to determine what kind of impact the exhibit had on them. She found that people felt compassion and a common humanity toward the individuals in the exhibit, demonstrating how powerful the arts can be in inspiring empathy.

“The emerging findings show this cathartic process, where people are able to relate and some sort of preconceived HIV-related stigma that they might have had is starting to decrease,” she said. “We can leverage the arts and use the community and provide a space for them to amplify their own voices in the research that’s emerging.”

Zysman said that community-engaged research should be the model for most research.

At the showcase, every student from the community engagement and social change minor capstone research course presented his or her research. The two-quarter course was taught by Bemmy Maharramli, associate director of strategic initiatives at the Center for Community Engagement. Working with community organizations for two quarters on a research project gives students valuable professional experience, Maharramli said, such as participating in strategy sessions, learning to communicate professionally with colleagues, and listening to their needs. 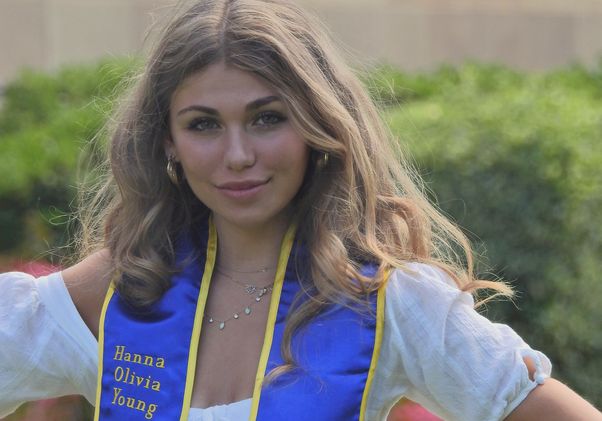 One of Maharramli’s students was senior world arts and cultures major Hanna Young, who worked with the Social Justice Learning Institute in Inglewood. (Young also co-authored the Through Positive Eyes research project with Zysman). The institute, which was founded by alumnus D’Artagnan Scorza, is looking to expand its programming to support young women of color in addition to men, so Young did an analysis of other female empowerment programs, researched mental health interventions for women of color, and developed interview questions for engaging with community members.

Young said her goal was not to tell the people at the institute what steps they should take, but rather listen to the perspectives of the community members about what they want and provide staff the information to make their own decisions about what would work best for them.

“Central to this research is making sure that community members are asserting themselves, engaging with personal agency and deciding what would suit them best,” Young said. “The success of this kind of program really comes from, are the community members eager and participating in it? Ultimately, they make that decision, not me.”

When we study today’s most critical issues, from global health to climate change, research needs to be in partnership with the communities most affected, Maharramli and the students said.

“To have more effective solutions to these challenges we have to be in conversation with the people who are most impacted,” Maharramli said. “That’s how we’ll contribute as a university to the most innovative and effective solutions.”