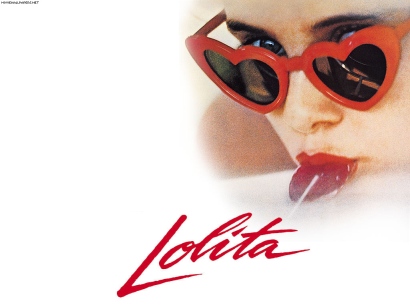 Like the wretched Humbert Humbert, you may find it hard to take your eyes off Lolita.

The movie, that is, not necessarily the girl, although as a character played by then-16 year old Sue Lyon Lolita is still one of the most fascinating teenage creations ever to appear on film. No, what makes Stanley Kubrick’s 1962 adaptation of Vladimir Nabokov’s infamous novel of pedophilia irresistible is the very same that could have potentially made it repulsive: its unflinching study of the mind-bogglingly complex relationships at its center.

The difference, however, is that Kubrick dares to leave everyone involved open for condemnation, thereby making Lolita a meditation not on pedophilia as a crime, but as a disturbingly inevitable course of action for four damaged souls.

Besides its murderous opening scene, Lolita starts off under an innocuous enough premise. Humbert (James Mason), a British poetry professor about to begin a job in Ohio, agrees to rent a room in the home of widow Charlotte Haze (Shelley Winters). Naturally, he’s undecided about renting only until he sees Charlotte’s beautiful 14-year-old daughter Lolita sunbathing in the backyard. Before long, the perfectly respectable, if not slightly obsessive Humbert has become part of the family, bonding with Lolita as a protective father figure (even while writing his fantasies of her in his diary) and tolerating Charlotte’s own romantic advances toward him until eventually the two are married. But while Lolita is away at summer camp (sent by Charlotte to keep her away from boys), Charlotte and Humbert’s marriage takes a turn for the worse and Humbert finds himself with the opportunity to live out his fantasy of having Lolita all to himself.

Putting aside its infamous, explicit subject matter for a moment, Lolita more than holds its own as an enormously entertaining work of cinema. Its opening scene is mesmerizing, Kubrick’s mastery for creating darkly comedic suspense a lá Dr. Strangelove on full display. Though the film just celebrated its 50th anniversary, the character of Lolita remains remarkably familiar, as she encapsulates teenagers’ unique ability to be childish and self-centered yet smarter than most adults give them credit for at the same time. Lolita’s great strength also lies in its portrayal of characters, places and events that would appear completely normal to an outside observer. Eerily, it forces us to recall our own quiet neighborhoods and acquaintances, wondering what could really go on behind closed doors.

Of course, the majority of the film takes place behind closed doors and that’s where any discussion of Lolita must really commence. Perhaps most surprisingly, from the beginning Humbert and Lolita’s relationship is not one-sided, which Kubrick wisely exploits to ensure his audience is minimally creeped out. Seeing the middle-aged Humbert’s eyes light up upon looking at Lolita’s pubescent body does induce squirms of disgust, but only until Lolita herself, mature beyond her years and lacking any sense of modesty around her stepfather, flirts openly with him. The most shocking scene of the film, which implies that Lolita and Humbert have sex, has Lolita suggesting they “play a game…[that she] played with Charlie.” It may be illegal and wrong on more than a few levels, but this consummation, at least, is certainly consensual.

A psychoanalyst might suggest we look to Lolita’s upbringing to figure out how Humbert and Lolita’s relationship could have taken such a disturbing turn, and Kubrick does. Lolita’s mother Charlotte is not immune from criticism – Winters depicts her as insecure, prone to jealousy, even mentally unstable. Her relationship with Lolita is strained at best, and you don’t need to be a psychologist to predict how a headstrong teenage girl like Lolita might choose to rebel against her. Charlotte’s own issues, and her failure to be the mother Lolita needs, do not make Humbert’s attraction acceptable, but they do succeed in complicating the story of Lolita to the point necessary for Kubrick’s film to function as a work of cinema and not simply a disgusting male fantasy. Humbert is not the only adult with a role in Lolita’s fate. This small but important distinction elevates the film to a work of art that can be argued, defended and analyzed on many levels.

The fourth piece of the puzzle is the popular writer Clare Quilty, a gleefully deranged creation played by Peter Sellers as no other actor possibly could. Though he turns out to have a much different relationship with Lolita than Humbert does, Quilty, too, bears responsibility for her twisted adolescence, and through the revelation of their relationship Lolita’s own fault for the hurt suffered by all three adults becomes clear. Again, the story gets complicated, and again, simple answers elude us. This is not a story of predator and prey, but four predators who pounce on each other as it suits each of their own selfish needs.

While certainly not condoning Humbert and Lolita’s relationship, Kubrick succeeds in making Lolita a vastly intricate story of four characters who each have reasons for acting the way they do, and for that his film is a triumph. If nothing else, the film warns that a girl like Lolita and a man like Humbert do not become sexually involved in such a manner by accident – in movies or in real life. Whether that remains their own fault or the fault of people or society around them is a question that can be argued a thousand different ways, and a film that refuses to consider those arguments would do the issue a terrible disservice.

Resist Lolita if you must, but do so at a price. This is a film that, as both an entertaining work of cinema and a thought-provoking moral exercise, earns our attention and our respect.