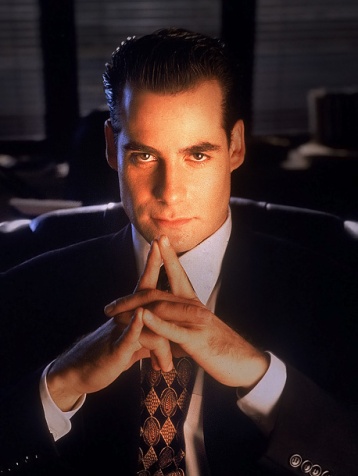 Trying to pinpoint what, exactly, makes Profit such an off-putting experience may be frustrating. Is it the completely unlikeable characters? The amateurish plot? The overdramatic synth music?

The answer is really quite simple: Profit is just a terrible show.

In the tortuously long series premiere, we are introduced to Jim Profit, an upstart business executive who is the newest vice president at Gracen & Gracen, a powerful company whose exact mission is never made clear. Profit intends to capitalize on a recent company scandal to work his way up the corporate ladder, blackmailing and bulldozing everyone in his path. He must also confront a shady past that includes a meddling stepmother and a father he doesn’t much seem to care for.

Admittedly, you can kind of see where director Robert Isacove and writers/producers John McNamara and David Greenwalt are going with Profit. It’s got all the basic elements of a perfectly average corporate intrigue thriller: a ruthless villain, computer hacking, family drama. Yet Profit fails hard in every possible way, and the sheer number of ways it manages to make its characters and plot truly unpleasant is astounding.

For starters, there has perhaps never been a more confusing protagonist-slash-antagonist than Jim Profit. Played by Adrian Pasdar, who bears more than a passing resemblance to a young Charlie Sheen and has an annoying habit of saying every line in a threatening half-whisper, he is evil enough to be the villain but is given as much screen time and prominence as the hero. He is not an anti-hero. Anti-heros are guys like Tony Soprano of The Sopranos or Nucky Thompson of Boardwalk Empire, who do illegal things but are still intensely likeable and charismatic. Profit is neither of those things. His robot-like personality renders even his abhorrent childhood, which is supposed to make us care about him, merely a vague explanation for why he’s so strange and cold. As a result, the supporting characters who start to suspect Profit’s misdeeds and race to thwart him begin turning into the heroes. Quite a dilemma for a show named after Profit.

Even worse, the writers seem to think that giving Profit some voiceover narration to explain his thought processes will make him more sympathetic. Maybe this would have worked if he had anything intelligent or nuanced to say, but we get shockers like “I want to be president of acquisitions – Jack Walters’ job” and “The truth – they say it can be a dangerous thing.” Next to his random supposed love of Shakespeare’s A Midsummer Night’s Dream, which he quotes on more than one occasion, he just comes off as a ridiculous, one-dimensional buffoon.

Not to be outdone by its failure to produce a competent protagonist, the pilot episode displays an exasperating lack of command of its subject matter. Try taking corporate bigwigs seriously when they discuss a dust-up over baby food and the takeover of a company called “Baby’s Finest.” Try not to laugh out loud when a computer graphic of an exploding avatar comes onscreen to signify Profit’s destruction of each innocent coworker. And really, in what hospital would non-medical-personnel visitors have to explicitly instruct security guards to go get a doctor when a patient is found unconscious?

In addition, the ease with which Profit manipulates his coworkers, most notably his secretary Gail (Lisa Darr) and strung-along lover Nora Gracen (Allison Hossack), makes it difficult to fully invest in any of Profit’s schemes. With the exception of the feisty Joanne Meltzer (Lisa Zane), one of the only ones who goes after Profit, all the supporting characters blend together into a sea of befuddled corporate suits with boring lines and zero personality. What’s the point in watching if we know Profit will always win?

One gets the feeling watching Profit that no conceivable resolution the writers could dream up would be very satisfying. Profit is so unlikeable and his world is so bland and incompetently drawn that it doesn’t matter whether he wins, loses or draws – the journey to get there could not possibly be worth it. Not even if they got rid of that synth music.